It started because I realized, for all my claims of following a heathly diet– booze and cupcakes aside, of course– I still eat a lot of processed food. I love vegetarian and vegan fake meat products. I’m not the kind of vegetarian who believes that eating soy bacon is somehow a hypocritical act. It may mimic the deliciousness of real bacon (in my opinion; others loudly disagree) but no pigs were harmed in the making of the product. (Though I imagined many were insulted.) That being said, all those foods are still products, as are most of the things we eat, no matter how healthy their packages claim they are. So, long story short (too late!), I decided to see if I could go a month without eating processed foods.

The first problem was condiments– but I was delighted to learn that mustard, in most basic recipes, is inherently boozy! You could substitute water, but the recipes call for drinking-quality wine OR BEER. Hurrah! Now, don’t be scared, dear reader. It turns out making mustard is much easier than anything we’ve suggested you attempt so far.

Crack the mustard seeds using a spice or coffee grinder (or, I guess, a mortar and pestle). The more finely the seeds are ground, the smoother the mustard– it’s completely to taste. Combine the seeds, powder, and salt in a glass or ceramic bowl, then add the vinegar and beer. (A note on the temperature: apparently, because of chemistry and its wonderfulness, the temperature of the liquid in a mustard recipe affects the reaction the liquid has with the insides of the mustard seeds. Colder liquid will give you a spicier mustard.) Then add the honey and herbs, if desired. Cover and store in the fridge for at least 12 hours before serving; it takes the bitterness caused by the reacting mustard that long to subside.

So there it is! Make your own condiments. 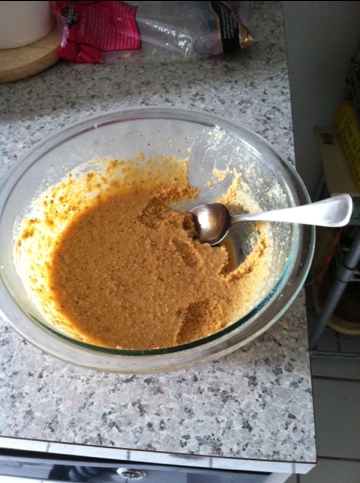 One thought on “Boozy mustard, no baking required”